Mathematics: The bane of my existence

That’s right. I said it.  I hate the very thought of it.  It has ruined my test scores. It’s made me 0.2 points away from a 4.0 GPA.  It’s also threatened to batter my self esteem.  But after contemplating on the issue for a bit, I’ve realized that it is impossible to escape it.  It’s there.  It’s always there.  Always behind you, stalking you. END_OF_DOCUMENT_TOKEN_TO_BE_REPLACED

U.S. has just unveiled the plan for upgrading the pitifully ineffective general surgeon’s warning found on every cigarette box.

Instead of just saying that “Smoking Causes Lung Cancer, Heart Disease, Emphysema, And May Complicate Pregnancy,” the FDA plans, like many other countries, to show that smoking is a bad habit by putting pictures of cancer patients, corpses after autopsy, and pictures of horrendously damaged lungs.  The proposed effect?  That smoking will drop down substantially, right along with the cases of cigarette-related cancer. END_OF_DOCUMENT_TOKEN_TO_BE_REPLACED

I’m an American.  Raised in the U.S., there are many things I’ve grown to love, accept, and understand.

Everything except baseball.  I sleep through most of the games.  Sorry.

A number of my European friends accuse me of being an ignorant, arrogant American, despite my mixed culture.  I’ve retaliated many times, but one point got to me.

“L, why do Americans call their baseball championship games “World” Series? Don’t you think it’s a bit weird that an American club wins the game every year?  You don’t think that’s a bit arrogant?”

I couldn’t argue.  I fumbled on my words, saying that Japan plays in it too.  He retorted, “Yeah, in the Little League.  If you want something really World, try the World Cup.”

So, are we Americans arrogant for naming the championship of an American favorite pastime “World Series”?

It’s common to hear that the elderly and older generation is out of touch. Let’s face it: to some degree, they are.  Teenagers rebel against their parents’ senescent laws, and in politics, old “values” are suddenly less and less applicable to our ever-evolving culture.  There are certain realities of the present day that older people simply do not understand.

But then again, who’s to say it’s only the older generation?  After some observation I’ve come across a pitiful realization: some of our youth are out of touch as well. END_OF_DOCUMENT_TOKEN_TO_BE_REPLACED

Why multitasking is worse than getting high

For the love of GOD, focus on your job; let the baby fend for itself...

Take a look at the photo above.  I’m confident that there are numerous emotional paths that that photo can evoke, but one thing that comes to mind is the stupidity of what she’s doing.  She’s changing her baby’s diaper.  On the job.  She’s…multitasking. Ugh! END_OF_DOCUMENT_TOKEN_TO_BE_REPLACED

If there’s anyone who knows what it feels like to be an alien, it would be an immigrant.  I mean an immigrant immigrant; the one who landed here first generation on a plane, not a descendant of immigrants. Imagine the feeling of being on the harsh end of a xenophobe’s insults, or the worse: being asked “innocent” questions about your homeland. END_OF_DOCUMENT_TOKEN_TO_BE_REPLACED 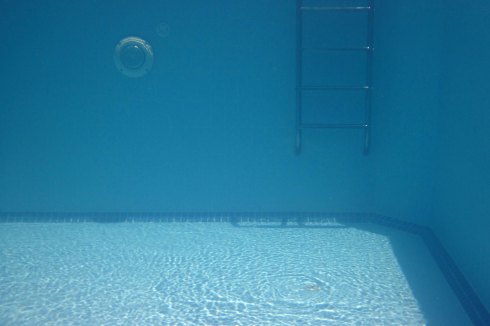 Recently I was on Google, searching for a reason to buy an iPad.  I had gotten into a petty argument with one of my friends about useless technology and, wanting some key facts to strengthen my side, I promptly inquired the omniscient Google for some back up.

My search entry was originally “why buy an iPad?”

But as I wrote “why b…” the search suggestions immediately came up with “Why black people can’t swim.” END_OF_DOCUMENT_TOKEN_TO_BE_REPLACED