As a high school senior, the time to pick and keep a major has come around. Graduation is months away. I have been accepted to a private and rather pricey college (financial aid is still unraveling itself), and I have put ‘Law’ as my major with a minor of ‘Political Science.’

Seems rather dignified, right? Not so for an artist and musician such as I.

END_OF_DOCUMENT_TOKEN_TO_BE_REPLACED

Take a look at this Tea Party rally photo.  The sign reads: “Obama, my forefathers were Christian, yours were from Kenya. That explains a lot about you.”

I believe it’s safe to say that the sign wielder is either hopelessly bigoted, helplessly stupid, or a good bit of both.   END_OF_DOCUMENT_TOKEN_TO_BE_REPLACED

How Long?: Thoughts on Haiti

I’m usually a cold, calculating person.  If I have anything to say, usually, I will say it according to the best logic I can muster, with as little emotional envelopment as I can. On contrary, what I hear about in Haiti just about transcends all my ability to analyze, leaving me with nothing but pure emotion. END_OF_DOCUMENT_TOKEN_TO_BE_REPLACED

U.S. has just unveiled the plan for upgrading the pitifully ineffective general surgeon’s warning found on every cigarette box.

Instead of just saying that “Smoking Causes Lung Cancer, Heart Disease, Emphysema, And May Complicate Pregnancy,” the FDA plans, like many other countries, to show that smoking is a bad habit by putting pictures of cancer patients, corpses after autopsy, and pictures of horrendously damaged lungs.  The proposed effect?  That smoking will drop down substantially, right along with the cases of cigarette-related cancer. END_OF_DOCUMENT_TOKEN_TO_BE_REPLACED

I’m an American.  Raised in the U.S., there are many things I’ve grown to love, accept, and understand.

Everything except baseball.  I sleep through most of the games.  Sorry.

A number of my European friends accuse me of being an ignorant, arrogant American, despite my mixed culture.  I’ve retaliated many times, but one point got to me.

“L, why do Americans call their baseball championship games “World” Series? Don’t you think it’s a bit weird that an American club wins the game every year?  You don’t think that’s a bit arrogant?”

I couldn’t argue.  I fumbled on my words, saying that Japan plays in it too.  He retorted, “Yeah, in the Little League.  If you want something really World, try the World Cup.”

So, are we Americans arrogant for naming the championship of an American favorite pastime “World Series”?

If there’s anyone who knows what it feels like to be an alien, it would be an immigrant.  I mean an immigrant immigrant; the one who landed here first generation on a plane, not a descendant of immigrants. Imagine the feeling of being on the harsh end of a xenophobe’s insults, or the worse: being asked “innocent” questions about your homeland. END_OF_DOCUMENT_TOKEN_TO_BE_REPLACED 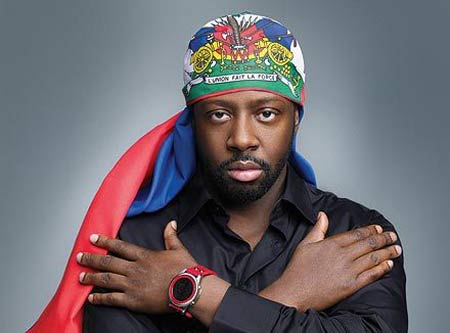 When I heard the news that Wyclef Jean joined the race for presidency in Haiti, I said, “Kisa? N’ap tout mouri! (What? We’re all going to die!)”

Not that I have anything against Wyclef.  As a matter of fact, I enjoy his music, and I think he has become a superhero of Haiti, a tad bit like what Bob Marley did for Jamaica. END_OF_DOCUMENT_TOKEN_TO_BE_REPLACED